The Heroes of Hurricane Harvey: Saving what matters most 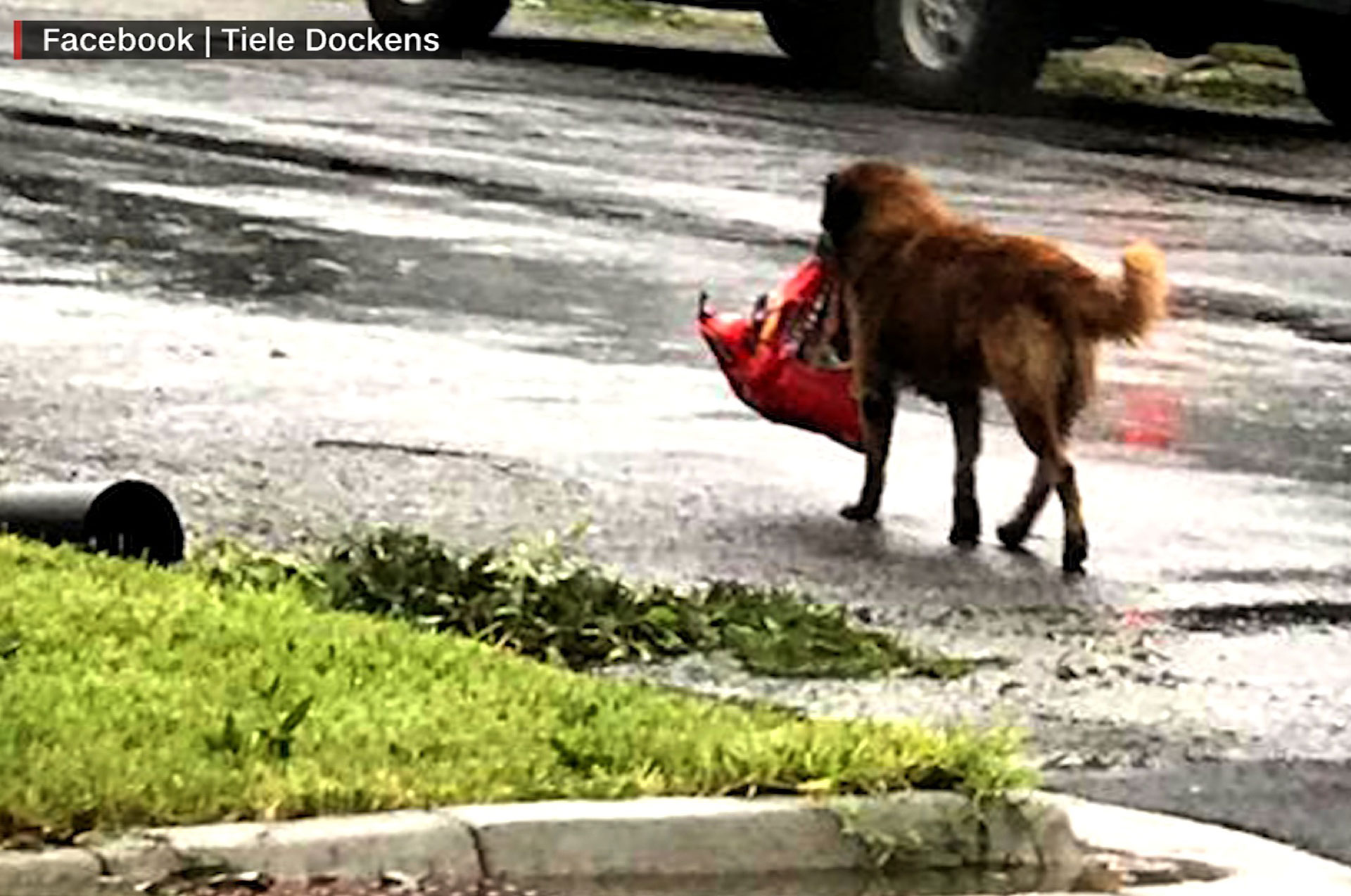 I am not from Texas. I’ve been here 10 years, but it’s never quite felt like home. Then Harvey came to Houston. I saw Texans walk their talk of “Texas tough.” I have never been so proud to call myself a Houstonian.

I was in awe at the lack of chaos, and the calm of a city that had a seemingly overwhelming task. There was a beautiful mixture of the perfect human combination: heart and head.

Harvey left, but he didn’t just leave massive destruction behind. His brutal disregard for anything and anyone showed the world that when push comes to shove, and we are purely in survival mode, everything becomes crystal clear: all lives matter. Faith in humanity was restored for many.

As my subdivision became an island with no way out, many homes became completely submerged as the waters closed in. I was training my dogs to happily get on a raft in case the Brazos did the unthinkable to my house.

Never once did anyone even hint that any of us might have to leave our animals behind.

Houstonians that stayed behind, held their own, saving humans and their animal companions alike, but within a couple days, there was the sweet sound of helicopters overhead, and people were arriving from all over the country with boats.

While many were trying to escape danger in Houston, the real heroes came rushing towards it.

One of my favorites was a man from Kentucky, who went to bed and felt a burden on his heart, so he got up and drove 18 hours with his bass boat to get here and said it all in these words:

While the water never got dangerously close to my house, the pool almost flooded it a few times, so I decided I better start moving valuables up.

In the middle of a catastrophe, it doesn’t take long to realize that there are very few things you can’t live without. In fact, the things I couldn’t bear to lose, had no value.

I was grateful my daughters were far away, safe at college. As I went through their rooms and closets, there was the little joke book my youngest daughter wrote many years ago. I could see her sweet face and big eyes, looking up at me, longing for laughter as she would read me each new joke she thought up. There was Bluey, a doll my oldest daughter went everywhere with, until he became too ragged and fragile. With tears welling up in our eyes, we put him away for safe keeping, hugging each other, grieving the loss of the innocence of childhood. RIP Bluey. Pieces of their hearts, and what they beat for, everywhere. Chapters in the books of their lives. I took it all in. I could hear the laughter, smell the smells and feel the tears.

I never want to lose these things, but the truth is neither flood, fire, nor fury can ever take away sweet, sweet memories.

Nobody wants to leave their living, breathing animals behind, vulnerable to nature’s wrath, when all they did was provide us with endless moments and memories of unconditional love and comfort in both our brightest and darkest hours. They have always been there for us. We took them from their natural habitats, primarily for our own pleasure, and they now depend on us and trust us for their well-being. They feel love, happiness, fear and grief, just like the rest of us.

For those poor souls that did get left behind, some will be survivors. Those that have the most survival instinct are predominantly the ones that keep me in business, their owners desperately wanting training, saying, “This dog is stubborn. It doesn’t care about pleasing us. It will only listen for a treat.”

That, my friend, is an AMAZING dog! I’m not saying that they can’t or shouldn’t be trained, but that they should be appreciated and trained humanely, not punished for being incredibly ingenious survivors.

Take Otis, the dog that went viral after running away from home during Hurricane Harvey, and was photographed running down the road carrying a large bag of dog food.

Or Dixie, a dog that gave me a run for my money for the hours I trained her. She was the type of dog that would ring her potty bell on the door, but as soon as someone got up to let her out, would dash over to the table and eat their food or tear up their homework….homework which intruded on precious playtime with her people. I could go on and on.

She was one of the most opportunistic dogs out there. I told the owners that as exhausting as it was trying to outsmart her quick brain and body, she had the personality of a dog that could lose two legs and an eye tomorrow and it would barely slow her down. She would adapt quickly.

What a great example of resilience for their teenage kids! A great example for ALL of us!! Some dogs would get down and depressed, but if the going got tough, I knew Dixie would figure out a way to work around any and all obstacles. After a hurricane, she would be one you’d see on the news, balancing on debris, floating down flooded streets, a bag of chips in her mouth, holding her head high, figuring out her next move. She would refuse to be left behind. She’s a survivor.

Even for those that lost everything in Harvey’s wake, I don’t hear anyone complaining. I just see people picking up the pieces and rebuilding…together. Houston strong.

Heck, none of us will get out of this world alive.

And herein lies my point:

Someday all your stuff may be piled in heaps on your front lawn, moldy and stinky.

So, focus on making good memories while you can. Be a hero and save what matters most: the hearts and souls of all living creatures.

The Comfort of Canines during the Covid-19 Crisis

What Dog Training Taught me about Parenting and Partnership